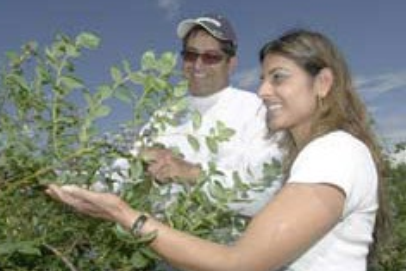 Blueberry season is here, but that fact has one local grower in a quandary: Should he pack his crop away into cold storage or sell it?

Richmond is behind the indecision as berry farmer Dave Sandhu hasbeen trying for more than a year to convince city hall to allow him to set up a berry winery on his 150-acre farm at 12791 Blundell Rd.

Though the winery meets Agricultural Land Commission rules and regulations, the City of Richmond needs to sanction it with a bylaw before it can go ahead.

“I’m not trying to make tires or shoes – we’re using our own fruit and adding value,” said Sandhu, a director of the B.C. Blueberry Council.”This would be good for agri-tourism in Richmond.”

Blueberries are one of Richmond’s primary agricultural crops, but local farmers have been put at a disadvantage of late due to consumer preference. Local growers mainly produce old-style
blueberries which are smaller and sweeter than the new, more widely available hybridized fruit.

As a result, Richmond-grown berries are usually destined for the processing market while the larger blueberries, produced in quantities outside Richmond, are sold to the fresh-eating market.

For this reason, Sandhu has been working to try and find a market and a use for his own crop. Now that he’s found one, and sunk$500,000 into the proposition, red tape is preventing him from taking his plan from idea to fruition.

Even the city’s own agricultural advisory committee has supported Sandhu and his quest for a winery. “Everyone’s for it, but for some reason roadblocks are being set up.”

Farm-based wineries began appearing in the Lower Mainland several years ago. Currently, Delta, Surrey and Langley have city bylaws that sanction their existence.

The winery issue will be considered by Richmond’s planning committee this week. Although Richmond city staff is recommending the item be given first reading, the owner of a farm-based winery in Delta advises that Sandhu not plan his grand opening just yet.

“This is not an overnight thing,” said Bissett, who also works for the City of Richmond. “It needs three readings, there are bylaws and business plans attached … you can’t circumvent the system.”

But Kabel Atwall believes movement on the Sandhu winery proposal may happen in time for the 2004 season. He’s been working with the Sandhus since February to make the project happen.
“We’re scheduled to go to public hearing in August,” Atwall said. “We don’t anticipate any problems.”

Sandhu, however, isn’t convinced. “Every time you talk to the city it sounds good, but it’s always a waiting game,” he said